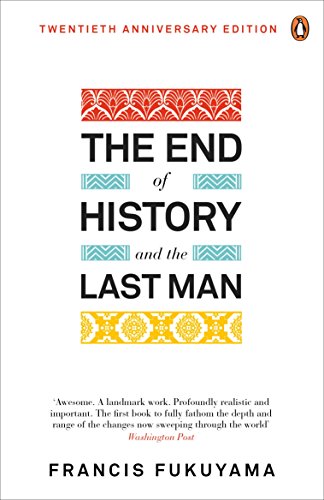 THE GLOBAL BESTSELLER. STILL AS RELEVANT TODAY. 20th anniversary edition of The End of History and the Last Man, a landmark of political philosophy by Francis Fukuyama, author of The Origins of Political Order

With the fall of Berlin Wall in 1989 the threat of the Cold War which had dominated the second half of the twentieth century vanished. And with it the West looked to the future with optimism but renewed uncertainty.

The End of History and the Last Man was the first book to offer a picture of what the new century would look like. Boldly outlining the challenges and problems to face modern liberal democracies, Frances Fukuyama examined what had just happened and then speculated what was going to come next.

Tackling religious fundamentalism, politics, scientific progress, ethical codes and war, The End of History and the Last Man remains a compelling work to this day, provoking argument and debate among its readers.

'Awesome . . . a landmark . . . profoundly realistic and important . . . supremely timely and cogent . . . the first book to fully fathom the depth and range of the changes now sweeping through the world' - George Gilder, The Washington Post

'A basic rule of intellectual life is that celebrity destroys quality ... Francis Fukuyama is a glorious exception to this rule' - The Economist

Francis Fukuyama was born in Chicago in 1952. His work includes America at the Crossroads: Democracy, Power, and the Neoconservative Legacy and After the Neo Cons: Where the Right went Wrong. He now lives in Washington D.C. with his wife and children, where he also works as a part time photographer.