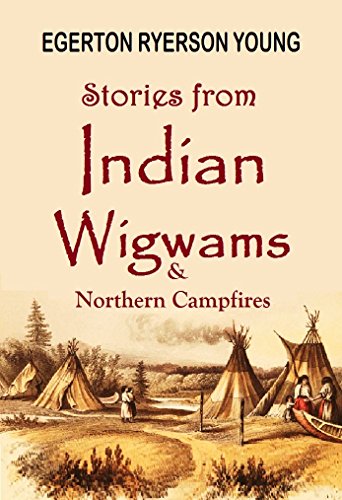 "...The old medicine-man called on his familiar spirits, and then imitated the well-known cry of the wild goose, at which all these Indians are expert. Strange to say, a large, splendid goose dropped from the flock and fell dead at the feet of the old fellow, who, coolly picked it up...."

The stories of the journeys and adventures of Rev. Egerton R. Young (1840-1909) in the land of the Cree and Salteaux Indians never failed to charm an audience. His mode of living and his unique experiences among these "redmen" and the tales that showed his intimate knowledge of their habits and traditions would interest any listener. Dr. Young went among these "crude" people when they were "untamed savages", but he recognized their stalwart characters and higher possibilities. He saw them exchange "savage rites" for Christian worship and subdue their primitive passions to conform to the teachings of Christ.

This missionary pioneer and pathfinder was as daring and dauntless as the people whom he went to serve. In the spring of 1868, he and Mrs. Young made their first adventurous journey to the Northland. Leaving cars and steamboats behind them, they used horses and canvas-covered wagons. At night they encamped on the prairies, forded bridgeless streams, some of which took the party three and four days to cross. Over routes where parlor-cars now carry travelers in luxurious comfort, this caravan went in tedious marches, often taking off shoes and stockings as they bravely waded through wide streams. Many days they traveled in frail canoes, manned by Indians, carrying with them oxen whose bodies extended over the sides of the little crafts. At night they went ashore with their tents. They had left a field where Dr. Young had enjoyed a successful pastorate and a people who offered them love and every inducement to remain among them and journeyed for two months and a half to Norway House, their destination.

The success that rewarded the labors of these two workers for their years of self-denial and hardships seems almost incredible. A people who were pagans, with superstitious beliefs and debasing habits, became so changed that they would come many miles over ice and snow to Christian service, and between two and three hundred at a time were often present on a communion season.

Returning home after some years of labor, Dr. Young won fame as a lecturer and author. His inexhaustible fund of information, ready wit, fine presence and an eloquent style, caused him to be in great demand as a lecturer in the United States, Canada, Great Britain and Australia. The late Grover Cleveland, after listening to one of his lectures on his thrilling missionary life, exclaimed that he could listen to him for hours, and later asked the missionary to be his guest at the White House. Sir Charles Tupper stated on one occasion that Dr. Young was Canada's best immigration agent.

Dr. Young was the author of many books. Among them, "By Canoe and Dog Train Among the Cree and Salteaux Indians," "Stories from Indian Wigwams and Northern Camp Fires," "On the Indian Trail," "Children of the Forest," "The Apostle to the North," "Algonquin Indian Tales," "My Dogs in the Northland," and "The Boys in the Wild North Land."

"Stories from Indian Wigwams and Northern Campfires" is a second volume of experiences and observations among the Indians of far Northwest America, by Rev. Egerton R. Young. His '' Canoe and Dog Train" at once made a reputation for Mr. Young as one of the most fascinating story-tellers, and this volume is so much a continuation of the same sort, that all who know the first volume will wish to read this. The greatest audiences of Exeter Hall and Chautauqua have been charmed by Mr. Young's narratives.

Striking in his personal characteristics and peculiar in his national practices, his story is an integral part of history, and should be preserved.
Libros Relacionados